Death in Battlerite Royale is a fairly simple concept. If you run out of health during a match, your character is out of the game, unless you have friend to Ressurect you. The objective of the game is to become last man standing.

Bullet Time is a feature that occurs upon death. When a champion dies, time will immediately slow down for a small amount of time (~1 second), allowing all remaining players to think about their next move or correct their aim. If dying champion will be able to kill his opponent during Bullet Time Effect and this was the only remaining champions result considered as a Draw.

Whenever you, an enemy or your friend dies, they will drop all items they had and spawn small area which heals everyone in it over the time. 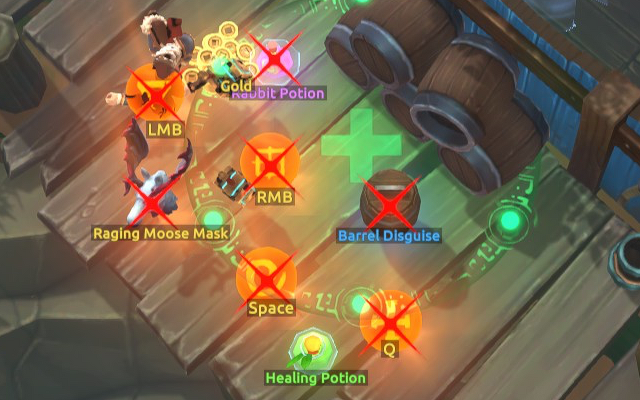 If your partner dies and you are still alive in a Duo match, you can resurrect them on a Resurrection Shrine, if there are any left on the map. Each circle can only be used once and will disappear after that happens. 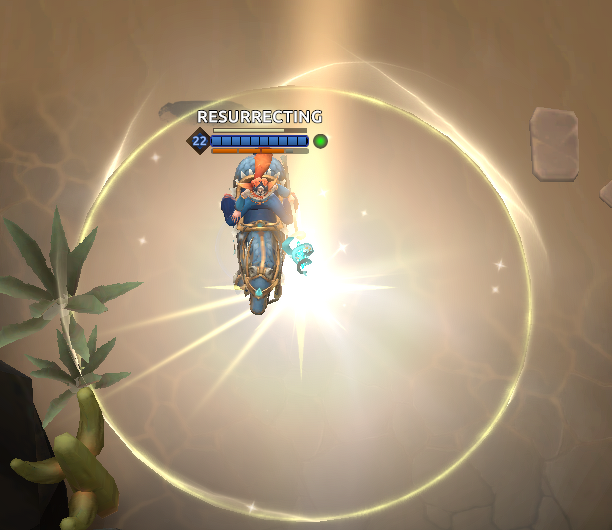